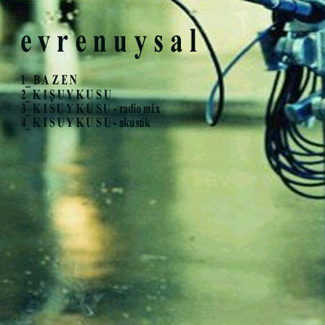 “KIŞ UYKUSU” and “BAZEN” -Evren Uysal’s two self albums debuted every other year, were recorded, reproduced, printed and distributed by him. He reached out to many Turkish cities through his CDs. Also he attended and performed on many radio and television shows. Evran Uysal was also the first winner of the musical contest called Battle of the Band held by Boğaziçi University just to became, after a few years, one of the long term jury members of the very same contest.